John Hays is a health & fitness coach utilizing products such as P90X, Insanity, T25 and other at home workout programs combined with daily dense nutrition with Shakeology and clean meal plans, along with mentoring people in focused daily support and accountability fitness challenge groups to help them see lasting impactful changes in their health & fitness.  John is also a freelance photographer and web developer when desired projects come along.

In early 2006 John’s mother passed away from complications during surgery removing a sarcoma cancer tumor after having battled with it for 2 years. During that time John gained weight from stress, and ended up going to a gym every day,  losing 45lbs in about 2 months. John hit a plateau, however, and his cousin Jimmy Hays Nelson told him about Beachbody and P90X, how muscle confusion broke through plateaus, and the amazing results he (Jimmy) had seen losing 100lbs, so John signed up as a coach to get P90X and save 25%. He started using P90X and immediately saw more toning, higher energy, and fell in love with all the Beachbody fitness programs. 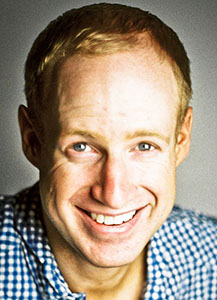 In late 2008 John’s father passed away from sudden heart failure because of stress and not taking care of his fitness and nutrition. At that time John had been regularly using the Beachbody fitness programs and drinking Shakeology, the meal replacement health shake and feeling healthier every day.  After his father’s death, John went to a cardiologist who performed multiple exams on his heart, ending in the diagnosis that as long as he continued doing what he was doing, he would beat his family’s genetics.

After a period of grieving, in February 2010 John decided to devote the rest of his life to helping get the word out to people that there are healthier options out there that can still include good, tasty food and fun activities. He became more active as a Team Beachbody Coach, and has been coaching people ever since.

In July 2011 John made a sudden decision to move to New York City to audition for the Hip Hop Abs Infomercial Test Group.  He successfully made the test group and for the next 3 months he worked out with Shaun T live each morning, and was provided with focused nutrition each day.  John lost 36lbs, 49% body fat and 5.5″ off his waist.  It was an unbelievable experience that not only helped him get in the best shape of his life, but also helped him learn how to be an even better health & fitness coach.  John can currently be seen in the Hip Hop Abs infomercial on television across the country.

John has seen amazing transformations in the people he has helped, and he believes his parents are proud of the mission he’s put himself on. He hopes you find insightful, inspiring information and tasty healthy recipes on his website, and that he is able to help make your life better in some way!

John has been a Team Beachbody Coach since April 2008, and is currently a Lifetime 3 Star Diamond Coach.

John was recognized in 2010 as one of Beachbody’s Top 10 most effective coaches utilizing social media to grow their business.

John is a A Real Change Certified WordPress Expert.